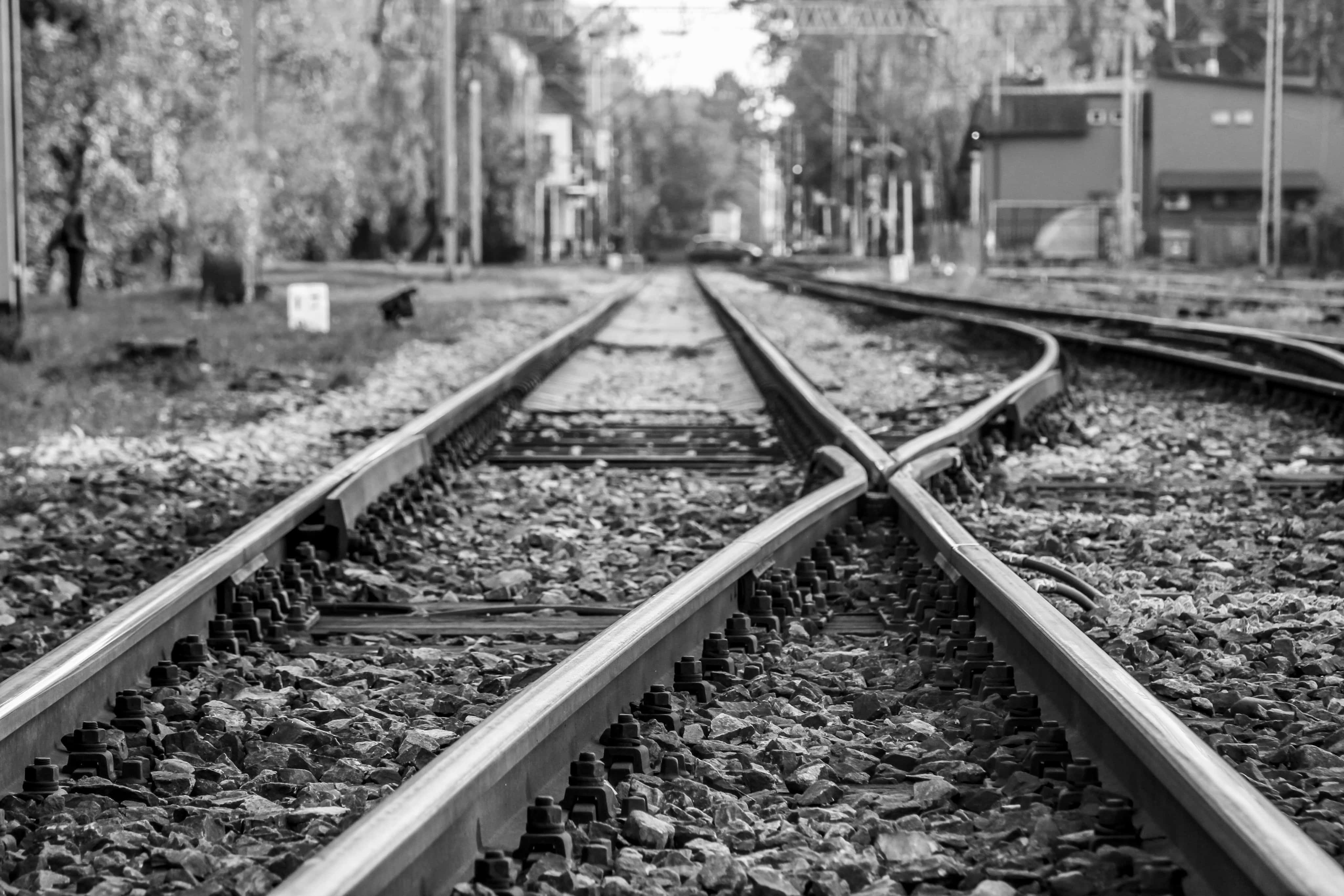 A few years ago, a coworker introduced me to Railway Oriented Programming (ROP). At the time we were using Ruby, and while the ideas in ROP made a ton of sense, I didn’t really find a way to apply them to what I was working on. The lack of types made it pretty hard to go beyond “I just read a blog post and I’m gonna pollute our codebase with it, because I can” and actually improve things. We all pretty much moved on.

Later on, I switched to a different project, using Scala, and ended up using the Either type a lot, to organize what we described at the time as a “pipeline of operations”, or maybe, something that one could describe as a … “railway”?!

Anyway, we ended up using a bunch of similar constructs, but I never really took the time to see how the actual, concrete elements of ROP could be used in Scala. I don’t even work there anymore, and I haven’t been paid to write Scala in about a year, but this is long overdue.

Most, if not all, of this post is translating the code examples in the original ROP articles and presentations to Scala.

I have never written F#, not even “for fun”, so it took me a while to get used to the syntax. It apparently uses a syntax similar to Haskell, another language I don’t know much about, but I’ve started playing with Elm recently, also influenced by Haskell. Maybe that will help me decipher it.

The biggest barrier to readability for me is the “everything is curried” thingy. Let me pick an example from the ROP blog post:

validateInput is the function name and input is the argument, got it.

As much as Scala gets shit for being hard to read, very often well deserved, I find the following easier to understand. It might very well be because I did use Scala professionally and had to get use to it to do my job:

Both versions do the same thing, define a function, that accepts a single parameter, and they perform some validation on it.

Let’s look at a function that takes two arguments now:

We keep adding new parameters after the function name, separated by spaces, the signature is:

And we use it with

Because it’s F#, and it apparently has the same benefits than Haskell in terms of generics support, we could use it with other types, not specifically ints, as long you can use +:

What is interesting, and we’re slowing getting to what I find confusing, is that you don’t have to give the two arguments at once, and since functions are values, you can even assign it to another let, that’s the currying part:

Full disclosure, I’m far from being an expert and my usage of “Currying” might have been inaccurate. The other closely related concept is “Partial Application”. The two are not the same, but very much so related.

Anyway, what we get back is a value of type:

You can call the new function as you would call any other functions:

What happened is that we provided the first argument in 'a -> 'b -> c, so we ended up with the 'b -> 'c part as a result. The compiler apparently inferred the string piece, based on the type of "aString", and replaced 'b and 'c.

One way to think about it is as a chain of functions, each accepting one argument, and returning another function that takes one argument, that’s essentially what the signature is with added parentheses for clarity:

For reference, this is the Scala equivalent, without generics, just Int, because, this is an article about ROP, not generics:

Which could be rewritten as the following, to be closer to the F# version, a function that returns another function, to illustrate the example mentioned above about the chain of functions:

But Scala also supports the curried/partial application approach, by separating the arguments in different parentheses groups:

Now that we looked at how F# handles functions with multiples parameters, let’s look at another example from ROP:

Let’s look at the signature one more time:

We can rewrite our function as:

What makes this confusing to me is that, given that the return type is also a function, it also has a parameter, Result<'a,'c> and a return type Result<'b,'c>.

When you have a function that has the same signature as the parameter, you can pass it to bind and you get another function in return, again, not that different from what we did above when we partially applied functionWithTwoParams:

But we’re not done here, as the article shows, we can rewrite bind as a two parameter function. For the same reason that we were able to write functionWithTwoParams in two different forms, one with a single parameter, where we were explicitly returning a new function, and one where we were accepting two parameters, the same holds for bind. Here is the two parameter version:

Let’s wrap this up by looking at three Scala versions of bind:

The “naive” version, with two parameters:

The “function that returns a function” version:

And finally, the curried/partial application version:

Now that we established how to translate some F# functions to Scala, let’s get to it. The domain we’re trying to replicate, copied from a mix of the ROP slide deck and the blog post, is the following:

Let’s start with the request class:

We now need to define the TwoTrack type (slide 97):

The validation is done in three steps, nameNotBlank, name50 (checks that the name is not longer than fifty characters) and emailNotBlank. Using the types we just defined:

In order to define validateRequest, we need to define bind (slides 92-96)

We can now define validateRequest:

The _ after bind(nameNotBank) is really important, it forces the compiler to treat the value returned by bind as a function.

If we had defined bind with the following signature:

we wouldn’t have to use _. You can read more on the topic in this great article: “Methods are not Functions”

Let’s continue through the slide deck, next, next, next, ok, stop, canonicalizeEmail is the next function, that’s on slide 103:

The map function accepts one parameter, a function that goes from A to B, and returns another function, one that goes from TwoTrack[A] to TwoTrack[B]. In order to do that, we return a new function, that itself accepts one parameter, a TwoTrack[A]. This returned function does one thing, it looks at the type of its argument, if it is a Failure, it recreates an other failure, effectively continuing on the red track.

If it is a Success, it extracts the value from it, through pattern matching, and passes that value, an A, to the single track function, the function we’re adapting to a two track world, and we wrap the result in a success. Essentially, we continue on the green track, while applying the function, changing the value type from A to B. It is important to note that A and B can be the same type, and this is what will happen when we wire everything together later on, both A and B will be Request.

The second version offered in the deck is:

Woof, that escalated quickly. I feel like I need to stop and look closer because at first glance, it makes no sense to me. Let’s start with the inner part, what is given to bind:

res0 has a signature that matches the switchFunction argument of bind, so when we pass singleTrackFunction.andThen(succeed) to bind, we receive a TwoTrack[String] => TwoTrack[Int] function back.

With map, we can transform canonicalizeEmail into a function that can be chained after validateRequest, we can now write

We will ignore the actual implementation of updateDB, it is irrelevant to this post. Regardless of the DB you use, the function would call some form of db access layer, and then use an SDK or a library to communicate with the DB and store the data. The point is that the input is a request and that we are writing this function wide side-effects. Things would be different if we wanted to use a more functional approach, with no, or less, side effects. Libraries like Cats Effect and Monix help with that, and using these with ROP could be an interesting discussion, but one that is out of scope at the moment.

But what if updateDB throws an exception, one from the underlying SDK that it would use if it was a real function, let’s catch exceptions and transform them into Failure instances.

Note: this part is not in the slide deck, it is taken from the blog post.

and translating it to:

We can now use tryCatch to wrap updateDB, and our railway now looks like the following:

The last part is about what is called “Supervisory functions” in the deck, e.g. logs:

We first need doubleMap, defined as:

which gives us the following once translated:

And with this, we can add log to our railway:

This railway returns a function, which accepts a TwoTrack[Request] as the input, which we can manually construct and feed to it as such:

I didn’t love that we had to create a success like that, so I added succeed at the beginning of the pipeline instead:

You may have noticed that we did not include sendEmail in the railway. I don’t think it adds much to what we already have, and we’ve already written a lot of code so far, I didn’t want to add anything unnecessary. It’s also worth mentioning that my post was based on two sources, the slide deck and the blog post, and only the deck includes the sendEmail piece.

Didn’t we basically re-implement Either

Yes, kinda! And this is mentioned on the ROP page as well (with a mention of Haskell, not Scala, sorry folks). The Scala cats library provides a Kleisli class, which is conceptually extremely similar to the ROP approach.

EDIT: Thanks to paul_f_snively on /r/scala for pointing me to the Kleisli class.

So, did we need to do this? Maybe, I don’t know, I for one learned a lot working through this translation exercise.

I wanted to see what an Either based version would look like, this is what I ended up with:

It is a solution, and I’m sure we could do better, but it was an attempt to highlight how we could replicate something similar with the standard library. Feedback welcome! I’m on Twitter, @pierre_jambet

What comes next? Not sure, there are a bunch of things I could try to play with, like the parallel error handling thing, not to be confused with parallel in the async sense. Parallel in this context means applying all the validations independently of each other, instead of doing it sequentially. Validating a request with an empty name and empty email will only return the first error with this implementation. It would be nice if it returns two, one for the email error, one for the name error.

All the code in this article is available in this Gist

In the following post we explore parallel validation. See you there!